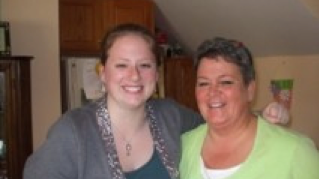 Welcome to Our Patient Portal

At the Center for Resuscitation Science, we understand the power of knowledge and we hope that our website can serve as a tool in learning about Cardiac Arrest and Sepsis.

Leanne Linscott, a Radiologic Technologist and Mammographer from Bar Harbor, Maine, moved to Boston in June of 2010 to manage the Breast Imaging Center at Beth Israel Deaconess Medical Center. As she looked forward to a hospital conference the following year, Leanne anticipated unexpected challenges, but none as big as the one she would face in her personal life.

After an uneventful morning working in her office, Leanne sat down to enjoy a welldeserved lunch break with colleagues before the conference began. Suddenly, Leanne felt as though she was unable to breathe and became unresponsive. Surrounded by physicians and nurses, they quickly rushed to her aid and when they discovered that her heart had stopped beating, they initiated CPR and placed a breathing tube in her airway.. After regaining a pulse, Leanne was quickly brought to the BIDMC Emergency Department, where she was evaluated and treated by the post cardiac arrest center team.

“When Leanne initially arrived in the ED, there were multiple simultaneous challenges – she was unresponsive and we were concerned about potential brain injury but she also had severe difficulty with ventilation.  Dr. Cocchi had already performed an emergent procedure to evaluate her lungs and initiated “induced hypothermia” to protect her brain.  Despite the intervention to help her lungs, her respiratory status remained tenuous and the two of us – Dr. Cocchi and myself – were at her bedside continuously for a period of time figuring out how to optimize the mechanical ventilator – a machine that was supporting her breathing.  As she left the emergency department for the intensive care unit, her oxygen levels finally reached a comfortable level and I still recall thinking that this might have been the turning point for her lungs – and, as it turned out, it was.  Her lungs continued to improve at a rapid rate and so now the major concern turned to protecting her brain.” Recalls Dr. Michael Donnino, the Co-Director of the Cardiac Arrest Center at Beth Israel Deaconess Medical Center.

As noted, the team initiated “therapeutic hypothermia” to protect her brain, a procedure that continues for 24 hours; thus, neither the treating team nor the family would know if there was brain injury until 24 hours had elapsed and she was rewarmed. A day later, Leanne was rewarmed to a normal temperature, sedating medications were stopped, and she awoke to her family at her bedside. Leanne’s daughter, Katie, noted that the first sentence out of her mother’s mouth was a witty comment about being in the hospital, and Katie knew Leanne was going to be just fine and back to her normal self in no time. A few days later, Leanne was up and walking around the unit and went home shortly thereafter. She was able to return to work and her BIDMC family just one month after the incident occurred.

“Even though it is a large hospital, I felt like the medical staff did a great job keeping the process private and comforting. The personal attention I received really demonstrated how great the support is within the BIDMC community. On nights when I couldn’t sleep, the nurses actually came to keep me company. This is the place to be,” said Leanne.

The Cardiac Arrest Center at Beth Israel Deaconess Medical Center is committed to providing exceptional clinical care of post-cardiac arrest patients, and Leanne’s story is
just one of many that are a testament to the real difference that specialized post-cardiac arrest care can make.

What is Cardiac Arrest?
What is Sepsis?
Learn CPR

Cardiac arrest is when the heart actually stops. This can happen for many reasons, sometimes due to an artery being blocked in the heart (a “heart attack”) and sometimes due to other illness causing extreme stress on the heart. When cardiac arrest occurs, CPR (chest compressions) and often medications are needed to restart the heart. Cardiac arrest happens to over 500,000 people per year in the United States, and unfortunately most people who suffer such an event do not survive. In spite of the high mortality of cardiac arrest, survival has been improving over the last 20 years as research has led to new and better treatments. These advancements include everything from improving our ability to rapidly identify cardiac arrest so that CPR is begun immediately to interventions like targeted temperature management in the days after cardiac arrest to minimize the amount of brain injury that a patient suffers. The Center for Resuscitation Science conducts multiple observational studies and clinical trials in this area and has built a reputation as one of the leading cardiac arrest research centers in the country.

Sepsis is a common and serious medical condition. In sepsis, the body develops an overwhelming and poorly regulated response to an infection that can be life-threatening. This response, which can occur even to a local infection like a pneumonia or urinary tract infection, can lead to tissue damage, organ dysfunction, or even death.

The Sepsis Alliance has a mission to save lives and reduce suffering by raising awareness of sepsis as a medical emergency.

Knowing CPR can help you save a life. Find CPR certifications near you here.

Improving patient lives by advancing the field of resuscitation medicine